SINGAPORE — It was a big move that took sprinter Ng Chin Hui over 13,300km away from home to the University of Oregon — at an out-of-pocket cost of S$225,000 in school fees and expenses — but the 21-year-old provided a sign today (Oct 28) that his gamble could pay off.A month after enrolling in the university, the economics undergraduate has become the first Singaporean in 35 years to be selected for the Oregon Ducks’ track and field team. The last Singaporean runner to make the famed athletics collegiate programme was former schoolboy athlete Richard Seow, who competed for the Ducks in 1979 and 1980.Golfer Jonathan Woo was the most recent local athlete to don the Ducks’ green and yellow colours, competing in the NCAA Championships and other tournaments from 2011 to 2015.Ng, a 400m runner, made the cut after two trial sessions, clocking 2.99sec in a 30m sprint last week to finish top among the 10-man field, before passing the 300m sprint test today.However, he is not celebrating just yet. “I’m happy I made the cut … but I have to work harder and run my ass off every day to keep up, and keep my spot on the team,” said Ng in a phone interview from Oregon today.“They are a championship winning team and they are very practical. If they think you’re not contributing, they won’t hesitate to take you off. And that makes me cherish the spot more.”Ng will join the Ducks squad at Tracktown, USA, training alongside some of the country’s best college athletes including sprinters Jasmine Todd and Jenna Prandini — who were part of the US 4x100m quartet that won silver at the 2015 IAAF World Championships in Beijing — and Michael Berry, who won gold at the 2011 World Championships with the US 4x400m relay team.Started in 1895, the University of Oregon’s athletics programme is regarded as one of the best in the country, and has produced numerous world record holders and Olympic champions. The men’s and women’s teams have won a total of 17 NCAA indoor and outdoor championship titles, with the men claiming two consecutive titles in 2014 and 2015.The hard work begins on Monday, 6.30am, in the gym, and the 400m runner — who was once tipped to better the national record of 47.4sec before National Service stalled his progress — is prepared for the hard slog ahead as he works to better his personal best time of 47.92sec, and win a medal in his fourth SEA Games appearance in Malaysia in 2017.He is confident that the move to Oregon to kickstart his athletics career — and follow in the footsteps of marathoner Soh Rui Yong, who won gold in his SEA Games debut this year — will pay off.“This is the first step, and a step in the right direction for where I want to go,” said Ng, who had previously worked with veteran coach Loh Chan Pew.“I am hoping to make the 4x400m team. I’m very excited to start working with them and while the results won’t show immediately, I’m confident I will be able to do something special next season.”Seow, who is chairman of Sport Singapore, had monitored Ng’s progress and he told TODAY: “It is a fantastic accomplishment, and the hard work begins now.“The only time Chin Hui runs with 45sec runners is during the SEA Games, but now he’s going to be training with them every day and he can only improve.“Between Chin Hui and Zubin Muncherji (national 400m record holder), we have a good crop of up-and-coming 400m runners … it will be nice to see us get a couple more and start doing good things at the SEA Games, Asian Games, and in future, at the world championships and Olympics.”

The University of Oregon has a small but noticeable presence in the sports and banking industries in USA and Singapore. A sample of its alumni:-

The University of Oregon is ranked No 103 in United States in the national category by US News’ college rankings. 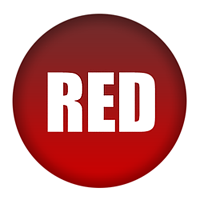 
The Singapore Sports Council (SSC) signed a five-year Memorandum of Understanding (MOU) with the University of Oregon (UO) to give Singaporeans more training opportunities and exposure to the American sports industry.


Information about University of Oregon Foundation and its social, political, and business networks -- from board memberships to campaign contributions, old school ties to government contracts.